STORIES OF MASTIFFS WITH CYSTINURIA 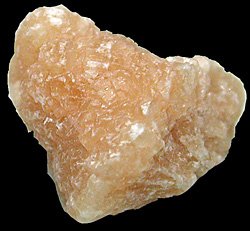 was first tested for Cystinuria in January of 1998 at the age of 7 years. Initially he tested borderline, probably because his urine was collected in the morning about 23 hours after he last ate. On retest he tested positive for Cystinuria. He then participated in a feeding study conducted by the University of Pennsylvania in an effort to find out more about Cystinuria and the effect of diet on Cystinuria. At least in Hooch’s case, peak levels of Cystine were found in the urine 2 to 6 hours after eating. Hooch’s last year was a tough one. At the beginning of the year he developed a urinary tract infection – the first one he had ever had – this was probably due to cystine crystals forming when his diet was changed to B.A.R.F. based primarily on chicken (chicken and all poultry is high in cystine). He responded well to antibiotics and a diet change – no more UTI and no more crystals. Then at the end of August his Cystinuria flared again and he developed stones and blocked (he could not urinate). The vets spent a couple hours trying to hydropulse the stone back into his bladder, but were unable to do so and ended up performing surgery to allow him to urinate from another place. They did this just in front of his testicles rather than behind as is normally done. He bled a lot from this for a week, and when I say a lot, I mean a LOT, he bled so much even with us supervising constantly and applying pressure immediately he was anemic at the end of the week, loosing his appetite and becoming listless with obviously pale gums. Every time that he would urinate and any time that he became “excited” he would bleed. We put the girls in the other half of the house and never let him see them even though they are all spayed, but at night he would have “night dreams” and bleed, one of us slept in the same room with him every night. He was at the vets every day except for Sunday though he was home at night. Monday morning we took him back to the vet and insisted that they do something immediately. They inserted a soft catheter through the new hole they had created and applied a pressure bandage – this worked very well and I wish we had known to do this sooner. After two days with the soft catheter it was removed and the bleeding was over. We had been so worried about Hooch that we practically collapsed with relief. Once the bleeding was over the operation was a success. Hooch was able to urinate in an almost normal fashion with no dribbling, no urine running down his legs as I had been warned might happen with the more common approach of rerouting the urethra so that he would pee out the back like a girl. We still had to deal with the stones in Hooch’s bladder – now obvious on x-ray – we did not want to put him through another surgery. Our vets consulted with the top specialist in the country and the team at University of Pennsylvania and decided to put Hooch on Thiola and a restricted diet low in protein. Thiola is a drug used by people with Cystinuria. We ordered the Thiola, $420 per month for a dog Hooch’s size. It was on back order and did not arrive until after his death. Hooch’s death was not related to his Cystinuria, but the Cystinuria is what caused him the most pain during his last year with us. At the end of October a mass was removed from Hooch’s neck which was near his thyroid and in fact it turned out to contain thyroid tissue and cancer. We had hoped that by removing the mass we had gotten all of the cancer – in 65% of the cases where the mass is free moving this is the case. Unfortunately, this was not true for Hooch. Unknown to all of us the cancer had spread. On Sunday morning, Nov. 14th 1999 we believe another mass ruptured and bled. His gums were pale, he was staggering and having difficulty breathing. We rushed him to the emergency vets, but he took his last breath as we drove into the parking lot. He was laid to rest, head on paws, beneath his favorite tree.Deb Jones

As a breeder I assume a tremendous responsibility and commitment to the puppies I choose to produce as well as to the puppy buyer with whom I choose to place one of my beloved grand puppies with. I have always told my puppy people to contact me at any time for questions or just to brag on the babies throughout their life and I have been privileged to have shared in some wonderful stories with them. Along with the happy reports unfortunately comes some sad ones as well. One Thursday afternoon I received a phone call from a puppy person. Their dog was over three years old and we had shown him several times for them but of late he had been feeling under the weather. They had found out that week that he had kidney stones which would explain his not feeling well. I told them to keep me posted on his situation. That weekend when I returned home on Sunday from a dog show I received my MCOA Journal. As always I sat down and anxiously browsed through it. Browsing through it on this day would open my eyes. I caught the article that Heidi McKenzie submitted with regard to Cystinuria. This described the symptoms that this dog had in full. I immediately contacted my puppy person and e-mailed Heidi and wanted more information. Shortly thereafter we got the dog’s results back from the University of California Davis and he was diagnosed with Cystinuria. I then contacted Heidi again and said what can I do to help since he is not the only mastiff evidently diagnosed with the same. We gathered urine and blood sample from littermates, father and grandmother and sent them to the University of Pennsylvania where the study with regard to Cystinuria is being done. Grandmother, father and one littermate came up negative with another littermates results being inconclusive so more samples are being submitted for an accurate diagnosis. As a breeder I am extremely concerned about producing this. I am not listed as his breeder on paper because I had the stud dog only but I am his breeder in my heart. I am fortunate that he is in a wonderful home where he has since been neutered and they can take wonderful care of him. The testing is very simple by submitting urine and blood samples. This is something that I would definitely do from now on before considering the breeding of one of my dogs. I am sorry that one of mine has been diagnosed with Cystinuria but I am not sorry for having my eyes opened and stepping forward to learn more. Lynda PiercyWannabe Run Mastiffs

To watch our Mastiffs, Beau and Boone romp and play in the back yard with each other, would delight many a heart, especially a Mastiff fancier! They absolutely adore each other and they always look for and wait for each other wherever they go. To see them in the prime of their lives, enjoying one another and life in general, one would think them the picture of health. We certainly did! Then, last summer, our rosy picture was dimmed a shade or two.  At our annual Mastiffs of New England picnic, we had a very special visitor. Dr. John Melniczek, from UPENN, drove all the way up to Massachusetts ( and back in one day) to take urine samples and draw blood from the 20, or so, Mastiffs that belong to our members. He is conducting Cystinuria research and he wanted to collect data from our dogs. Our picnic went off without a hitch. Everyone there understands each other’s obsession with Mastiffs and we all feel right at home talking about what they mean to us in our lives. My husband, Dan and I went home that evening with more wonderful memories of our friends and their Mastiffs and our boys snored away for the hour it took us to get home–worn out from their day of play and adoration.   I thought of the testing once in a while, but I was not concerned, for my boys are healthy and strong and they certainly show none of the signs of Cystinuria! Well, our cozy world was rocked when our dogs’ breeder, Heidi MacKenzie, called to tell us the bad news. Beau had tested positive for Cystinuria. Thankfully, Boone had tested negative. I really could not believe my ears. How could this be so, when Beau shows no symptoms of Cystinuria? He does not need to urinate frequently and he has never had a urinary tract infection. I have since learned that a dog can be asymptomatic and still test positive. If not for the test, we would have been none the wiser.   Obviously, I love my dogs very much and you wouldn’t be reading this article if you didn’t love yours! For their sake, I urge you to take urine samples from all of your beloved dogs and send them to UPENN to be tested for Cystinuria. The test results are totally confidential. UPENN does not publicize the results. I chose to reveal Beau’s positive test results with all of my fellow club members because my hope is that, after reading this article, some of you will decide to test your dogs. The knowledge that you gain through a simple urine test could save your dog’s life.  Now that we know about Beau’s condition, we are modifying his diet and we are watching him very closely. We know what COULD happen. Hopefully, he will remain asymptomatic and live a long and healthy life, but by having had him tested and by educating ourselves about Cystinuria, we have taken the first step in protecting our dog; knowledge. I urge you to do the same.   Sue Stebbins