One of the most interesting findings about the data was that it shows a potential link between cancer and whether or not the dog was spayed or neutered, and furthermore, that the age of spay/neuter might have an effect on both the type of cancer and the length of the dog’s life.

The survey results also show that cancer, and osteosarcoma in general, should be of great concern to mastiff breeders and owners. I believe that larger surveys should be done on osteosarcoma in mastiffs, specifically ones that focus on the ages of spaying and neutering and the incidences of cancer. The data also suggests that incidences of cruciate ligament injury and age of spay/neuter should be studied further. 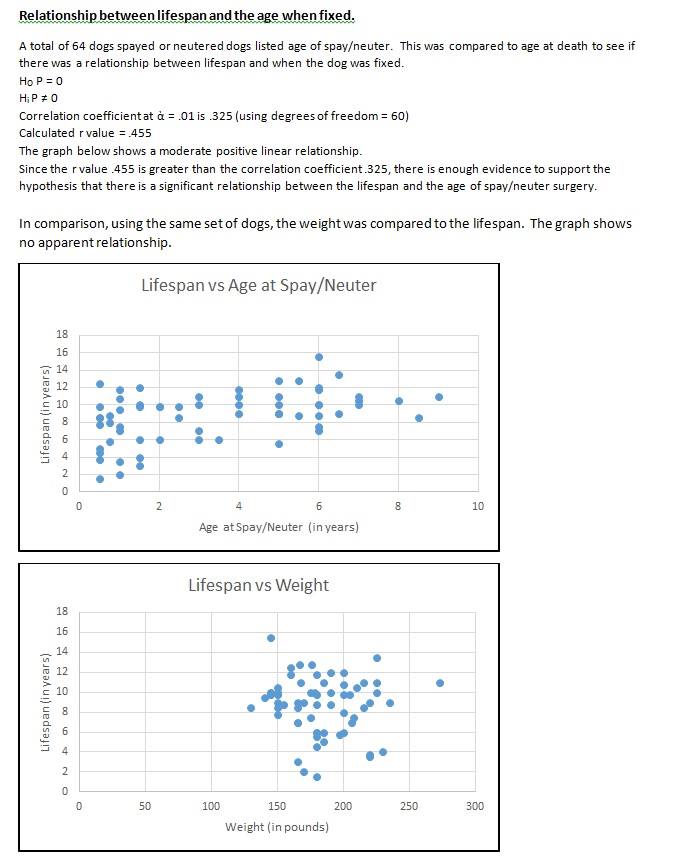 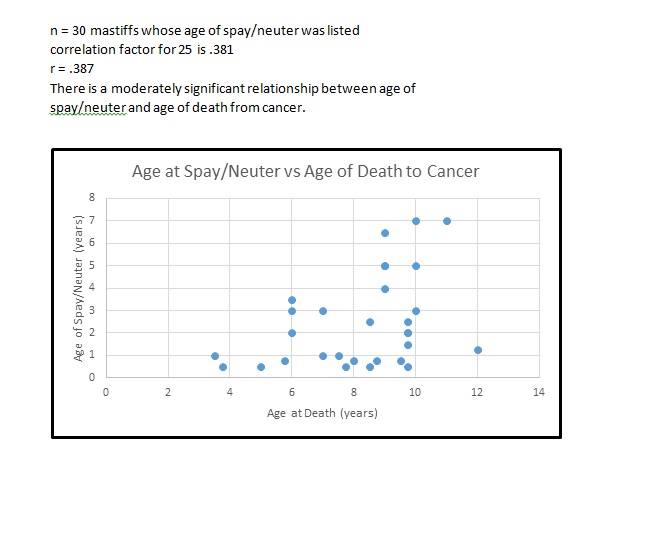 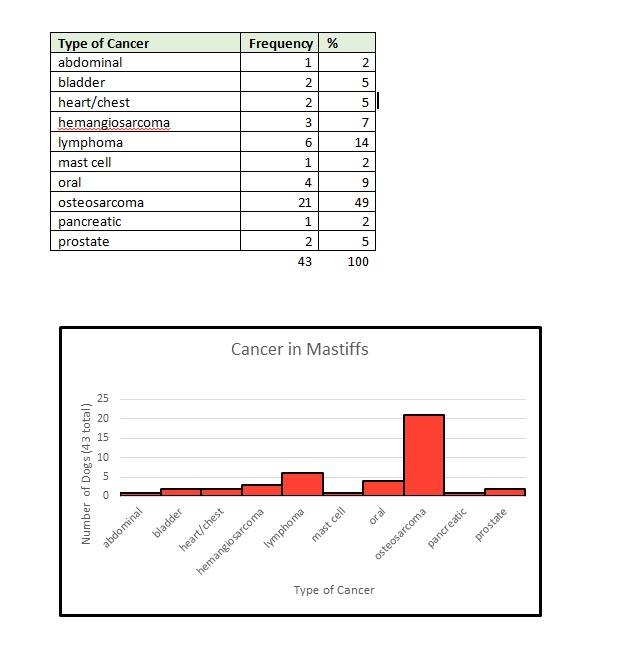 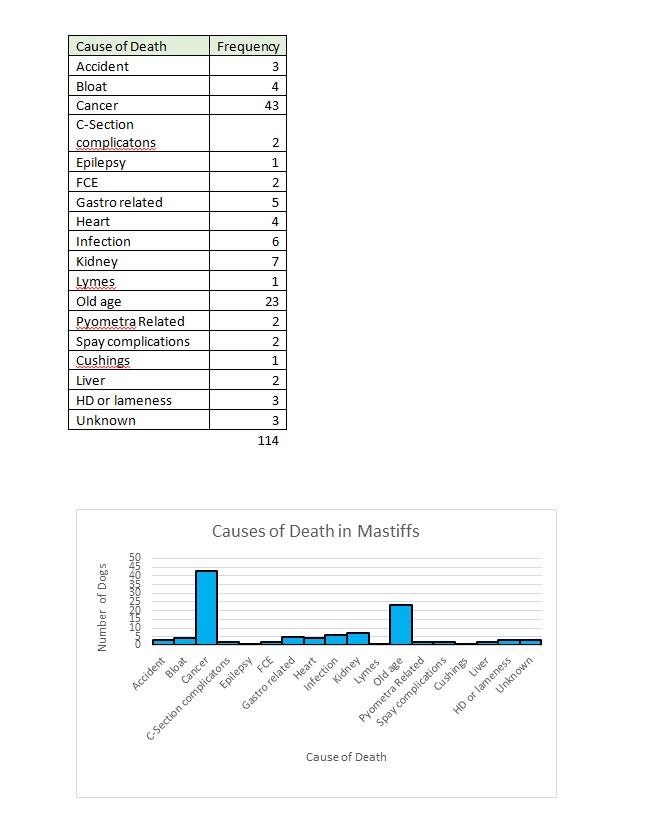 Summary:
The average lifespan: 8.2 years
Average weight: 184 lbs and average height: 30.7 inches (note – this is combined, males and females)
Number one cause of death: Cancer at 38%
Number two cause of death: Old age at 20%

Since osteosarcoma was the most prevalent type of cancer, the data was analyzed further.
15 fixed dogs who listed osteosarcoma as cause of death also listed age of spay/neuter, and 9 of them were fixed under 12 months of age. 60%.

Out of 14 total dogs that were fixed under 12 months of age, 9 of them died of osteosarcoma as previously stated, and 7 of them had cruciate ligament injury.