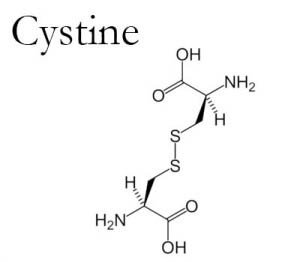 We are happy to report that the Mastiff Community as a whole is becoming much more familiar with Cystinuria and is beginning to understand why testing for Cystinuria is so important. Many responsible stud dog owners and breeders are testing their Mastiffs before breeding and requesting or requiring that their puppy buyers also test their Mastiffs when they become adults as part of their puppy purchase contract agreements.  In addition to this and as equally important, many puppy buyers are requesting that the parents of puppies be tested for Cystinuria and other available routine health screening tests before they will consider purchasing a puppy.  It is a good idea and beneficial for everyone to do the same with other breeds of dogs as well since Cystinuria affects over 60 breeds.

The University of Pennsylvania’s database currently includes over 1500 Mastiffs. With the help of conscientious and caring breeders, Dr. Paula Henthorn, the principle investigator and geneticist for the Canine Cystinuria Research at UPenn, has been able to research pedigrees of Mastiffs affected with Cystinuria to try to determine the mode of inheritance of this disease. Interestingly, the ratio of affected males to females is quite uneven. Although the ratio of samples submitted is about fifty-fifty male to female, all of the affected (nitroprusside test positive) Mastiffs are male with the exception of one female who had a suspicious test result that was not confirmed as positive upon retesting.

Current research underway has included the use of Single Nucleotide Polymorphisms (SNP Chips or SNPs), which are single base DNA differences that are increasingly being used in various genetic studies for both humans and animals alike.  UPenn has run SNP DNA profiles on a pilot sample of Cystinuria affected dogs and on dogs that are believed to be unaffected, and they are performing additional gene mapping studies.  They are now comparing the data collected from new samples to the samples they previously ran and comparing the findings.  It is very exciting that the researchers have been using advanced state of the art technology and we are hoping that it will lead to the identification of the gene mutation(s) that cause Cystinuria in Mastiffs and that they will be able to develop a DNA test for Cystinuria in our breed.