The MCOA Cancer Subcommittee would like to thank all of you that have donated blood samples from your Mastiffs over the past several years. 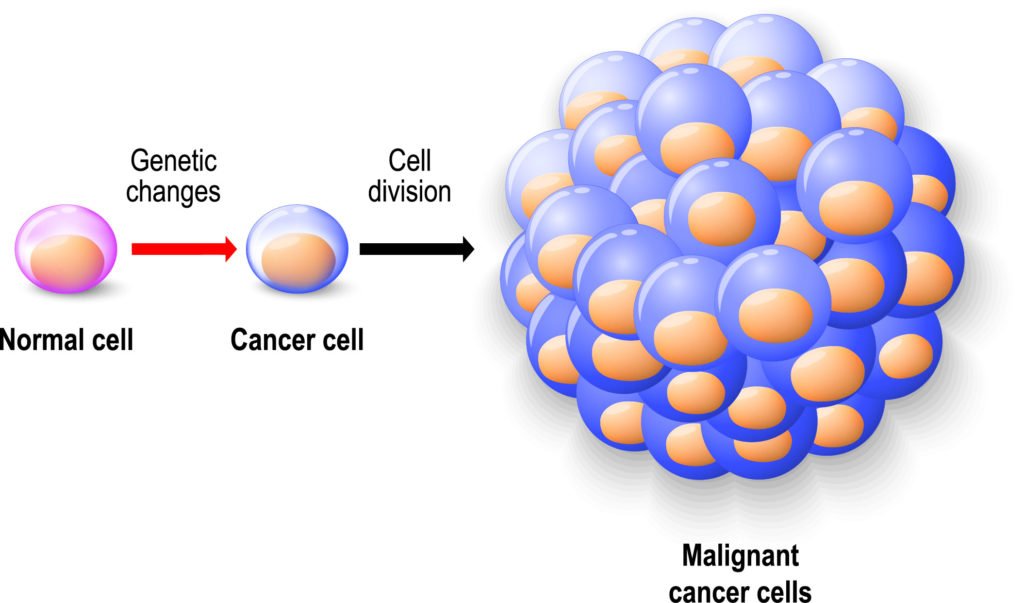 It is the goal of the MCOA Cancer Sub-Committee to facilitate a program that simplifies the blood submission procedures that will make DNA readily accessible for several researchers to share.  We are accomplishing this goal with the help of the MCOA DNA Sub-Committee and the general cooperation of the CHIC DNA Repository and OptiGen.  We are also working on an outreach program to Veterinary Oncology Specialty Groups to reach Mastiff owners that seek cancer care and provide research information to them.

We still believe the most important thing that we can do as guardians of our beloved breed is to continue to gather DNA from blood samples on all Mastiffs.  In addition to continuing to provide Broad Institute at Harvard MIT with blood samples, just as important we should be banking the DNA at the CHIC DNA Repository and OptiGen for future research opportunities.  We encourage anyone that has had a Mastiff PRA or CMR DNA tested through OptiGen that later developed cancer to please contact OptiGen and ask them to share your Mastiff’s DNA with the CHIC DNA Repository and if they have enough DNA to also send some of it to Broad and the National Institute of Health for their ongoing research in canine cancer studies.  OptiGen will charge a small fee for handling and shipping, but the benefit of the DNA being shared with multiple researchers is priceless.  We greatly appreciate their collaboration efforts!

We especially need blood from veterans over the age of 8.  The DNA from these unaffected dogs will be considered the control group to be compared to the DNA from Mastiffs affected with cancer.  Please remember this when you take your older mastiffs in for their check ups.

Cancer research is vitally important as it is the most common cause of disease related death in dogs.  The lifetime risk for cancer in our mastiffs is similar to that seen in people, approximately one of every two individuals will get cancer, and more than half of the affected dogs will die from this disease.  According to a Morris Animal Foundation survey in 1997, cancer is the number killer of dogs at 47% and the number one concern of animal owners.  Most of us have been touched by cancer in someway, whether it be ourselves, a family member, a friend or a beloved pet.  We feel helpless and afraid just at the mention of the word.  There are many brilliant scientists working on curing cancer, but they need our help.  We can make a difference by providing them with the DNA that holds the answer to the diagnosis, cure and prevention of cancer.  Please allow your Mastiffs to participate by donating blood samples to research.  It is imperative that we reach our goals and have enough specimens submitted so that Mastiffs are the first in line to be studied as new research opportunities become available.

Cancer research is being done on many fronts and in a variety of areas.  From working on isolating the genes responsible for heritable cancer, to developing new treatment options, to creating ways to determine the prognosis of treated cancers, and creating methods to determine which dogs will be at the greatest risk to develop cancer thereby making early diagnosis for the best chance of cure.

Abstract: Osteosarcoma (OSA), or bone cancer, affects 8,000 – 10,000 dogs in the United States annually. Large and giant breeds are at a much higher risk for this disease, suggesting that inherited risk factors are involved. Roughly 10 – 15 percent of Rottweilers, a mastiff-type breed and 15 – 20 percent of Greyhounds, a long-limbed hound-type breed, get the disease. Recently, we have identified several regions of the canine genome that are associated with an increased risk for OSA in Rottweilers. A similar study is underway for Greyhounds and is expected to identify additional regions of importance. The purpose of this study is to identify the actual genes and mutations causing the increased risk for bone cancer in Rottweilers and Greyhounds. We will then determine the frequency of mutations in these genes in OSA in other breeds as well as in other tumors. This work should allow the development of specific genetic tests for carriers of OSA and suggest further studies leading to improved treatments for bone cancer.

As was reported last year, the first breeds to be studied were Rottweilers and Greyhounds and the researchers were focusing on three chromosomal regions that were suspected to contain the mutations associated with increased risk of developing osteosarcoma.  This year was spent in the next phase which included examining Mastiffs and other breeds.  We are excited to report that when Mastiffs were included in the fine-mapping of six loci found in the Greyhound and Rottweilers (which were examined in more detail); the Mastiffs appear to share three of the risk factors seen in Rottweilers and Greyhounds.  They are currently running more dogs on the fine-mapping and may end up with even more shared risk factors.

In this study, we have submitted 227 blood samples as of February 28, 2009. The greatest increase has been in our target group of veteran Mastiffs over 8 years of age. The breakdown is as follows:

Please remember to update your dog’s health status if you have submitted blood to the Broad Institute Cancer Study.  The project was started in 2005 and any changes in your Mastiff’s health status need to be reported via email to         dog-info@broad.mit.edu.  Please include in the email your last name, your mastiff’s call name and his/her AKC number.  Thanks to all who have participated in this important project!

Abstract: Canine lymphoma accounts for almost a quarter of all cancers in the dog.  Despite improvements in veterinary medicine, the response to treatment for canine lymphoma continues to be highly variable with no reliable means to predict response. In human lymphoma the presence of characteristic chromosome aberrations has been shown to have both diagnostic and prognostic significance. With previous funding from the AKC CHF we have identified a series of recurrent chromosome aberrations in canine lymphoma, some of which also correlate with different sub-types of lymphoma.  In this project we will test for the presence of these chromosome aberrations in over 300 cases of canine lymphoma derived from dogs that were all treated with the same chemotherapy protocol as part of a clinical trial.  This approach will allow us to determine if these frequent chromosome aberrations correlate with the duration of disease free interval in the study population and thus are of prognostic significance. This project therefore offers real potential to increase the sophistication of diagnosis and prognosis for canine lymphoma and thus provide a means to improve the health and welfare of dogs diagnosed with lymphoma.

NOTE:  Grant 613 is a study to predict response and determine prognosis for lymphoma to help determine whether a particular lymphoma would respond to treatment and therefore would a certain dog be a good candidate for treatment.

Yet, there has been little progress to define the genes that account for this risk.

For this project, we will use contemporary technologies to identify genetic abnormalities that are shared by bone tumors and segregate with risk in two dog breeds (Rottweilers and Golden Retrievers) where the disease is prevalent.

In collaboration with our colleagues at the University of Michigan and the Broad Institute, we have identified preliminary regions of the genome that may influence risk in Rottweilers.

The work described here represents a next step to pinpoint specific genes that are associated with breed-dependent risk, and to predict how heritable factors influence bone cancer in Rottweilers, Golden Retrievers, and other dogs.

Abstract: Osteosarcoma (OSA) is the most common bone tumor in dogs and despite aggressive treatment with amputation and chemotherapy, nearly all dogs die of their disease within 2 years of diagnosis.  Unfortunately there have been no significant advancements in the treatment of OSA over the past 15 years.  Our laboratory has been working on defining the molecular biology of OSA and has recently identified a cellular pathway that appears to be important for OSA cell survival.  This involves a protein called STAT3 that is often abnormally activated in human cancers and has not yet been investigated in canine cancers.  Several canine OSA cell lines tested were found to have excessive STAT3 activation indicating that this pathway may be useful for therapeutic intervention. In support of this, our preliminary data demonstrate that an inhibitor of STAT3 activation is capable of killing canine OSA cell lines.  The purpose of this grant is to perform a more thorough evaluation of STAT3 in canine OSA by determining the actual prevalence of STAT3 activation in canine OSA and by testing the ability of new STAT3 inhibitors developed by our collaborator at Columbus Children’s Hospital to kill OSA cell lines.  These studies will define the role of STAT3 in canine OSA and lay the groundwork for future clinical trials of STAT3 inhibitors in dogs with devastating disease. NOTE:  Grant 976 is involved in finding better treatment options for osteosarcoma which may benefit Mastiffs (investigating the Role of STAT3 Activation in Canine Osteosarcoma).

Grant 976 Report to sponsors:  The purpose of this proposal is to characterize the role of STAT3 in canine osteosarcoma to assess whether this protein represents a novel target for future therapeutic intervention.  We have made significant progress over the past few months, defining STAT3 as important for the growth and survival of osteosarcoma cells and identifying small molecule inhibitors capable of blocking STAT3 function.  The overriding goal of this work is to eventually bring such inhibitors into clinical trials of dogs with osteosarcoma.

According to the Health Survey, the major cause of death in Mastiffs is cancer. The most common cancers affecting Mastiffs are osteosarcoma, lymphoma, hemangiosarcoma, and Mast Cells tumors.

Please consult with your Veterinarian for the appropriate care and treatment of cancer with your Mastiffs.  In addition to your Veterinarian, the MCOA Cancer Subcommittee Members are also here to help provide Mastiff owners with information on current cancer research, treatment options, and to offer our support for owners and their mastiffs diagnosed with cancer.

The 10 Early Warnings Signs of Cancer